Yates and Jackson offered to alter and refurbish the former stables behind the Royal Hotel 12 months ago.

Town Clerk Mr. Bill Pearson was at the opening ceremony and praised the scout movement highly.

He said, “The City Council hold the scouting movement in high esteem and feel it plays a remarkable role in the life of the district by looking after hundreds of young people and giving them a tremendous start to life.”

District commissioner, Mr. Peter Ellwood thanked all those involved in the hard work of converting the premises, and Yates and Jackson for making it all possible. 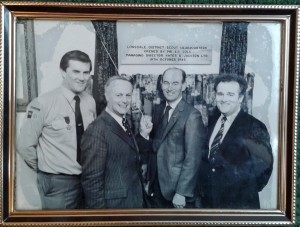