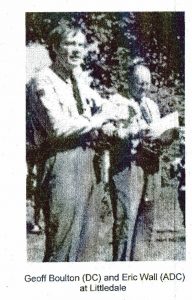 In 1939 the family was living at 71 Leighswood House Leighswood Road, Aldridge U.D., Staffordshire; the father was a General Motor Haulage Contractor.