I am delighted to inform you that I have appointed Ian McGrath as the new Group Scout Leader at 1st Carnforth Scout Group following an open nomination process. Ian, whilst new to the group, is not new to Scouting; after a long association with Preston District before moving to the area. I am excited by the many ideas that Ian has for the Scout Group which will build on the great work that has already been started.

1st Carnforth Scout Group has massive potential, to grow membership and make the programme even more exciting and adventurous, and of course, secure the future of the Scout Headquarters. To make the most of those opportunities I am also pleased to announce that Ian and I have agreed that Rebecca Parker be appointed as Assistant Group Scout Leader in addition to her new Scout Leader role. Chris Neill, the Group Chair, also wants to take a more active role in leading and developing the Scout Group, through his role he will lead the drive to re-build the Scout Headquarters, leading the fundraising efforts, raising the community profile and strengthening the work and membership of the Group Executive Committee.

Ian, Rebecca and Chris will form a new group management team that will meet to agree their individual roles and responsibilities in the coming weeks. At this point, we have agreed the following objectives:

1st Carnforth Scout Group is in a strong position with opportunities to recruit more adults, grow your membership and offer more opportunities to the young people of Carnforth– I am excited about what the future holds and I’d like to remind you that the District are committed to supporting the group in any way that we can.

Finally, I’d like to thank Val Foster for her commitment to the Group Scout Leader role over the last ten years. Thankfully her skills and experience will not be lost, as she will initially be joining the Group Executive Committee whilst deciding what she will do next in Scouting. 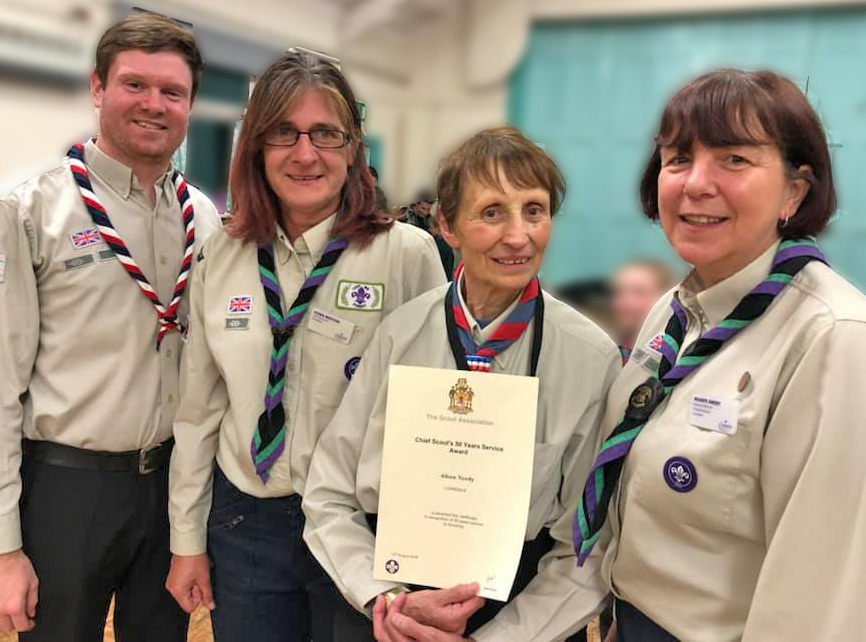 To: All members, Lonsdale District Scouts  p.s. Aileen’s funeral will be held at Cockerham Parish Church St Michael’s and All Angels at […]

What is Scout Post? Scout Post is a scheme that offers the public of Lancaster, Morecambe, Carnforth and surrounding villages an opportunity to […]

Dear All Please find a letter below from the District Commissioner about the current ADC Scouts vacancy. Also below is a role […]

There will be a One Day First Aid Course in Lonsdale (venue to be confirmed) on Saturday 6th April, 2013 – cost […]