“We will remember them”

1st July marks the 100th anniversary of the commencement of the Battle of the Somme in World War One – also known as the Great War.

The battle, fought in northern France, was one of the bloodiest of the war. For five months the British and French armies fought the Germans in a brutal battle of attrition on a 15-mile front.

The British planned to break the stalemate on the Western Front with one great attack. It would also serve to draw the German forces away from the town of Verdun, where the French army had been under sustained pressure. The front line in the valley of the River Somme was selected by the British for the action. It was hoped that success would put the British in a good position for the Spring offensive of 1917.

After an artillery barrage lasting seven days it was assumed that all German defences had been destroyed. However, it did not even destroy their barbed wire. The German troops had been sheltering in their underground bunkers and emerged to fire on British foot soldiers advancing over no man’s land. Many were caught in the barbed wire.

The 1st Battalion of the King’s Own, the local Lancaster regiment, were involved in the fighting around Thiepval, Beaumont Hamel, Serre, and Gommecourt whilst the 7th Battalion was held in reserve at Albert. On 1st July 1916 the 1st Battalion suffered heavy casualties. Ten officers were killed and twelve more were wounded. Out of 507 other ranks who went into action some 387 were killed or wounded.

The action was a disaster – more a slaughter than an attack. A total of 100,000 British troops were sent into action on 1st July 1916. Of these men 20,000 were killed and 40,000 were wounded. The retreat was ordered without any territory gained. The Generals were out of touch and unwilling to accept the pointlessness of their strategy. They ordered fresh attacks over the next three months and the 1/4th, 1/5th, 7th, and 8th Battalions of the King’s Own all played a part in them.

There are a number of local former Scouts who responded to the call for volunteers and who died serving their country. Read their stories here.

Three of these in particular were killed during the Battle of the Somme – Herbert Dobson of the 4th Lancaster (Wesley) Troop, Thomas Edmondson & Maurice Hodgson of the 4th Morecambe (Parish Church) Troop.

As part of the World Challenge Award Scouts might consider finding out more about these local heroes and their experiences in World War 1, perhaps undertaking a visit to the King’s Own Royal Regiment Museum in Lancaster. Contact Alan Hague in the first instance.

Many soldiers of course survived the battles in the Somme offensive, some would no doubt have been seriously wounded both physically and/or mentally. It is often said that fathers, grandfathers and uncles never talked about their experiences in the war. It is perhaps very understandable that survivors would not wish to recall the horrors that they had witnessed.

There exist a number of records, some in libraries some in the museum, that Scouts could use to do some research. In Morecambe, for example, the Council compiled a Roll of Honour of all soldiers from the town who had served in the war – both those killed and those who survived. Your family name might be among those listed . . .

For example, five of Eric (Bartholomew) Morecambe’s relatives are named. 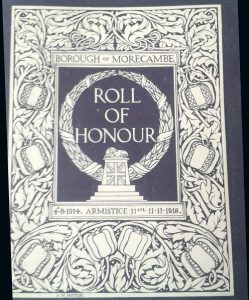 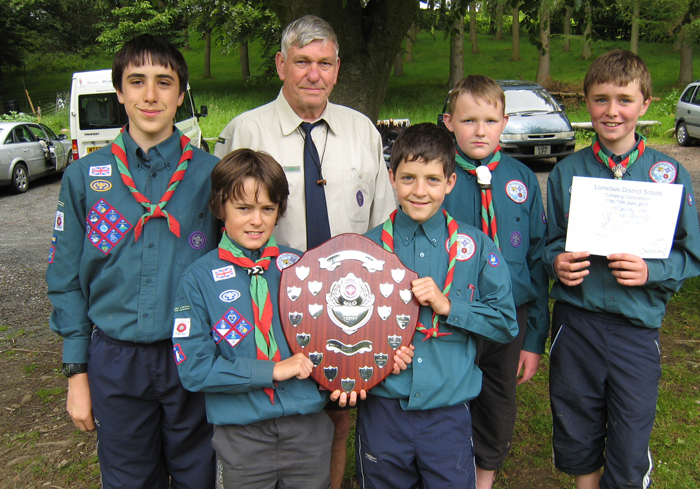 This year’s competition was held over the weekend of 18th – 19th June at Littledale camp site. 4 troops entered teams. The […]