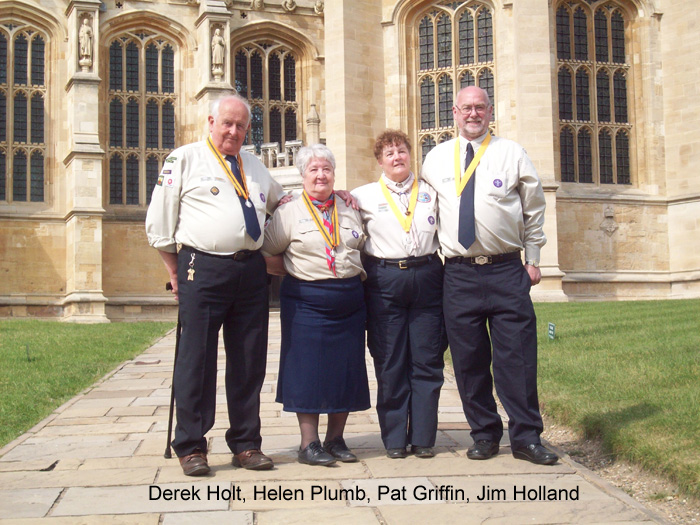 Lonsdale District Scouts were extremely proud to celebrate the award of three Silver Acorns and 2 Bars to the Silver Acorn in this year’s St George’s Day Awards!

Derek Holt, Group President at 34th Lancaster (St Chad’s) and Helen Plumb, Group Scout Leader at Caton Church, were both awarded the Bar to the Silver Acorn, which “may be awarded after not less than five years of further especially distinguished service while holding an adult appointment.”

Pat, Helen, Jim and Derek travelled to St George’s Chapel Windsor on St George’s Day to the Queen’s Scout celebrations where they received their awards.

These five richly deserve the awards and show that the fun, challenge and adventure offered by Scouting really never does stop!

“Christmas Best Wishes from me and Craig and all the District Team to ALL Leaders, assistants, helpers and parents and friends of […]

To all members, Lonsdale District Scouts I am delighted to announce that the Scout Association has agreed with our recommendations and awarded good […]

Click the link below to find out the latest information from the peru 2012 team   http://www.westlancashirescouts.org.uk/downloads/view/164

The next Annual General Meeting of LDSC is scheduled for Thursday 30 June 2022.  This year we will return to a face-to-face […]