Boys of the 13th Lancaster Troop, together with members of the 12th Lancaster, who are at present co-operating with them, under Scoutmaster F. R. Hayton, have just spent an enjoyable week-end at Backbottom Farm, Wray. Twenty Scouts were in camp, and though the weather was not too favourable,  they managed to do quite a lot of second-class tests, including firelighting, cooking, compass etc. Some difficulty was experienced in getting equipment to the site, as the nearest point which transport was able to reach was about a mile from the camp. However with improvised lifts with poles, etc., and wheelbarrow, the difficulty was overcome in true Scouting fashion. The farmer’s horse and cart were pressed into service to accommodate one load.

It is hoped to start a second patrol of the 12th Lancaster to be called the “Swifts,” under the leadership of Bob Townley. 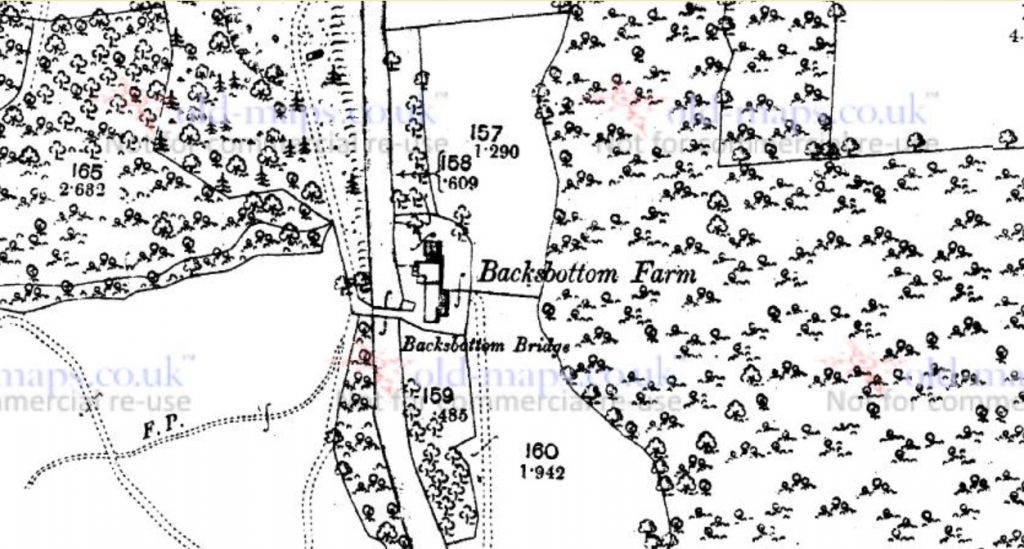 THE WEATHER conditions we have been experiencing this summer were very similar to those 40 years ago. May had been the wettest since 1729 nationwide but particularly in the North West; June had been seen persistent heavy thunderstorms and July was wet and thundery with above average rainfall in this particular area.

However, the estimated 4.6 inches of rain which fell in 90 minutes on August 8 in Wray was a record. Unique The flood of August 1967 was probably unique in the area as it destroyed seven bridges built on historic arches and Backsbottom Farm which had stood close to the river since 1777. Although Wray bore the brunt of the flood, other villages suffered too. At Claughton, the beck flooded the A683 to a depth of three feet, swept away the retaining wall for 75 yards, and caused considerable damage to property. Sooby Beck cascaded down into Farleton village, mainly striking Brades Farm. Police had to rescue the farmer from a small tree to which he was clinging, while his family took refuge in an upstairs room of the farmhouse. BACKSBOTTOM Farm which lay directly in the river’s path at Wray caught the full force of the flood and was devastated.

During the winter that followed, Bill Brown recalled the story of that afternoon while living in a caravan waiting to be re-housed. His memories and those of many other villagers are vividly told in a book on the flood by Wray resident, Emmeline Garnett. “It was obvious that a storm was brewing but the horizon was so limited at Backsbottom that we did not see the full extent. I remember saying, “It’s going to rain for at least half an hour,” Bill wrote. “Going to the window, I saw a cow being washed through the yard and across the little meadow under the wall which had not yet fallen, it found quieter water and swam out to higher ground.

The van was the next thing I noticed. The doors burst open, the morning milk kits shot out, then the van itself made a right angle reverse turn and went with the current. The flood by then was just about at its height, the noise was a great roaring, big trees fully grown were being swept past, downstairs windows were being smashed, the house seemed to shake every second as it was struck by trees. Very little was left at Backsbottom. The barn and all the hay, shippons, loose boxes, stable, implement shed, pig sty, sheep pen and dipper, one end of the house which comprised of one room up and down, half of the second room, also upstairs and down, all downstairs furniture, all farm machinery and equipment had gone.

Livestock losses were one pig, the newly calved heifer I had tied up just before the rain, one calf, some two dozen hens and between 45 and 50 lambs and one of our two sheepdogs, the other somehow escaped and turned up at Outhwaite Farm.”