WEDNESDAY, March 31st, marked the occasion of the investiture of the newly-formed 1st Abbeystead Scout Troop. The ceremony took place during the afternoon in the presence of an interested company of parents and friends at the Sunday School, Wyresdale, the present headquarters of the troop. The Rev. E. P. Pestle presided, and introduced the District Commissioner, Mr. T. W. Helme, who gave a short talk on various aspects of Scouting. Eight scouts were then enrolled and invested by the Commissioner, and Acting Scoutmasters Maddison* and Scott. The proceedings closed with games and tea.

Probably the next troop to be invested will be the 1st Halton. This is a revival, and under Mr. R. Marshall 12 boys are now meeting weekly at St. Wilfred’s House. This troop is affiliated to the Lads’ Club movement. 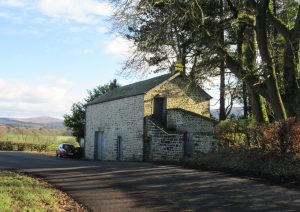 The County are compiling a register of King’s Scouts. It is intended to issue a certificate, signed by the County Commissioner to all who qualify as King’s Scouts from now onwards. The register will be revised annually on September 30th, when the annual registration returns are prepared.

Congratulations to Cub Alfred Guy of the 16th Lancaster (St. Paul’s) who has been awarded the Collector’s Badge. A hint to Cubs who wish to try for this badge is why not make a Coronation scrap-book instead of collecting the usual cigarette cards, coins, or stamps? The rules say that you may also keep a scrap-book for a period of at least three months. Pictures and a wealth of information about the Coronation can be taken from the newspapers making a permanent record of the historic occasion.

At the same time, we welcome Mr. John Bee, who joins Scoutmaster Maddison, with the 1st Abbeystead troop.