No doubt social media will play a prominent part in proceedings allowing the world at large to view and read about every exciting moment of this memorable event and for friends and family to follow the action and to keep in close touch with their family members and friends back home at the touch of a key.

Recently your humble writer stumbled across a report from an earlier occasion – the 5th World Jamboree in Holland in 1937. Sorry girls, only Boy Scouts back then . . .

In those far off days travelling abroad was much more of a novelty for most people. There were few opportunities for the working family to venture away from “this sceptered isle”, unless you were a Scout perhaps . . .

How did those Scouts in 1937 keep in touch with home I wonder – TV had only just been invented, telephones were very rare and the prerogative of the wealthy, tablets were what you took for a headache, twitter was what birds tended to do and the smartphone, apps and facebook were 60+ years into the future.

Options would have included sending a postcard, or letter, which would have taken some days to reach their destinations. Alternatively, the writer of the report mentioned above took it upon himself to type up a report for the local newspaper, the Lancashire Daily Post in this instance, which would keep readers back home up to date with what was going on over in Holland.

Do read his report; you will get some idea of the excitement and sense of adventure felt by the contingents’ members in taking part in a unique journey of exploration. And what about the food! – tastes have moved on somewhat in 78 years. Note that the Lancaster contingent was led by Tom Helme – the man who left money in his Will that enabled our Littledale and SiverHelme Activity Centres  to be purchased.

Back then the Scouts were encouraged to collect autographs from Scouts of other countries. I suppose today it will be all about selfies and exchanging email addresses – and if you are one of the lucky ones who is travelling to Japan, or indeed to Kandersteg in Switzerland, this summer, remember what B-P himself told the Scouts of 1937:

“Brother scouts, I need hardly tell you the main object of a Jamboree is to bring scouts together from different countries and to get to know each other, and to make friends with each other. Will you do that for me?”

“Don’t stick to your own pals in your troop or even to your own fellow countrymen. You can see them at any time. But get hold of some of the fellows from other countries, and compare notes with them – as to what their country is like, how they do their scouting, what are their favourite pursuits and hobbies – and so on. When you have made friends in this way, talked and exchanged souvenirs, note their names and addresses so as to keep up your acquaintance later on by post after you have all gone to your homes.”

Lancashire Scouts at the Jamboree 1937

The report of the 4th World Jamboree is also an interesting read – the cost of attending was just £16. A recurring theme highlighted was finding Scoutmasters to run troops . . . 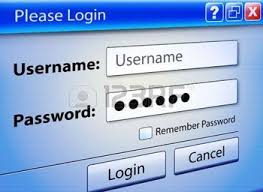 SilverHelme Scout Activity Centre: Voluntary Weekend Wardens Exciting Opportunity in this ‘Area of Outstanding Natural Beauty’ We are looking to set up […]