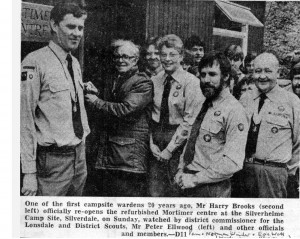 The setback was forgotten as Mr Brooks, warden until 1982. recalled the first camp on site in 1963, shortly after it was bought with a legacy from former District Commissioner. Mr Tom Helme.

The site had been closed since 1983 for redevelopment work, including improving paths and water and electricity supplies.

The Mortimer Centre, named after a Morecambe Scouter, has also been upgraded to provide indoor accommodation for a dozen boys and four leaders.

Chairman of the campsites committee, Mr Eric Wall. and the District Commissioner Mr Peter Ellwood, both paid tribute to those who had worked on the site.

Present warden. Mr Norman Winder. then handed over the key before refreshments were served to Lancaster Town Clerk, Mr Bill Pearson, who is president of the Lonsdale District Scout Council, and district officials and leaders. 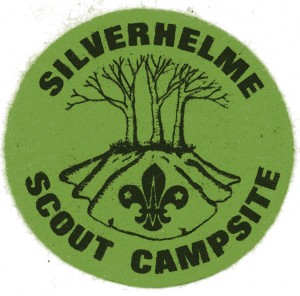