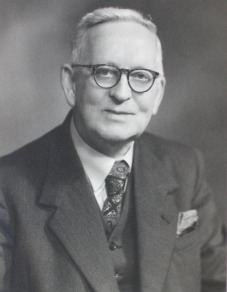 *This would be Willie Riley 1866-1961 born in Laisterdyke, Bradford, an English novelist. In 1919 he moved to Silverdale in Lancashire, for the sake of his wife’s health, and named his house Windyridge after his first novel.  He wrote his autobiography, Sunset Reflections, at the age of 91 in 1957. His last novel was published in May 1961, and he died at the age of 95 on 4th June 1961.

In his autobiography, Sunset Reflections (1957), he recalls tales of life in Silverdale, where amongst other activities he was chair of the Building Committee for the Gaskell Memorial Hall.

Link to this extract from “The Silver Dale” by Willie Riley (published 1932), which describes a familiar scene for users of SilverHelme.

Article from the first edition of The Yorkshire Dalesman published in 1939. 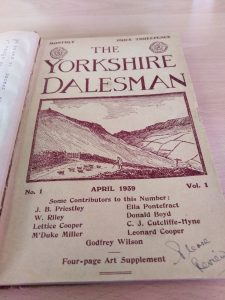 “The Man of the Dales by W. RILEY

The YORKSHIRE DALESMAN !  My heart warms at the thought of him; sturdy; independent; as far as may be his own law-maker; somewhat suspicious of strangers, yet “given to hospitality”; content with his own world which he is disposed to think better than any other; shrewd but not shrewish; a phrase-maker and a master of pungent wit in spite of his slowness of speech; often uncouth and occasionally uncivil, but without ill intent; a good friend and not often a relentless enemy – I say my heart warms at the thought of him and of his homeland.”

“The North has her mountains, and dearest are they,
And the North has my heart to the end of the way.”