22nd July this year marks the centenary of the birth of Samuel Henderson (Sam) Cooke son of William Cooke & Mary Ellen Henderson. In 1939 he was living with his uncle & aunt Robert J & Ethel Bond.

Sam was a Scout at 16th Lancaster (St. Paul’s) Group and in 1939 he was awarded the Cornwell Scout Badge for bravery under continued suffering while in Lancaster Royal Infirmary.

You can read Sam’s story here.

The Cornwell Badge is still presented today and is awarded in respect of pre-eminently high character and devotion to duty, together with great courage and endurance. It is restricted to members under the age of 25.

Sam was not the first Scout in the County to receive the award. That honour belongs to Stanley Baxter of the 1st Morecambe & Heysham.

Lonsdale has another connection with the Cornwell Badge as the first recipient Arthur Shepherd once lived and was involved with Scouting locally.

Sam’s Cornwell badge is on display in DHQ. 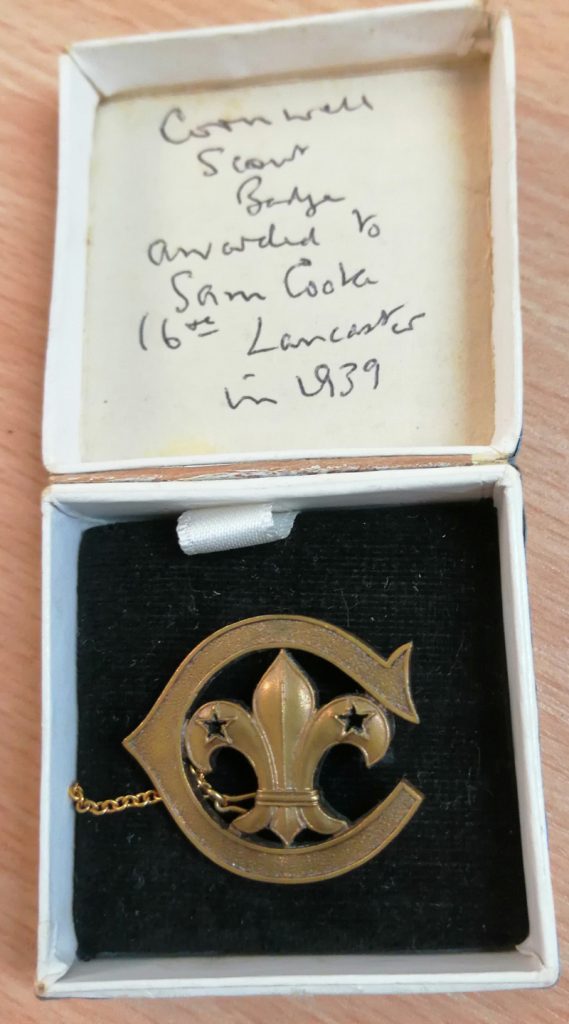 There will be a One Day First Aid Course in Lonsdale (venue to be confirmed) on Saturday 6th April, 2013 – cost […]