“Artleden” was the Country Den of the 13th Lancaster Rovers. 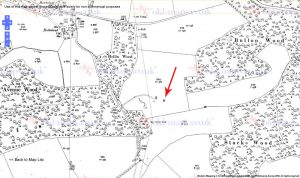 The use of the building was first obtained in 1934. I am still researching when it was vacated. Talking to a colleague at work some years ago, who was a Rover Scout in the 13th Lancasters and born in 1932, he must have been visiting the den in the early 1950’s. He told me that at that time the Rovers used to meet above the Guardian Offices, which were then in Church Street, Lancaster.

An entertainment by the entire Crew of the 13th Lancaster Rover Scouts led by Mr. S. Ashby Neate was given in Lancaster Royal Grammar School Assembly Hall last night.
There were varied items, including pianoforte selections by Harris Johnson; piano-accordion solos, B. Oakes; monologues, Rovers Johnson and Naylon; sketches by Rovers R. A. Atkinson and J. Atkinson, and club swinging by Rover J. Dixon. A one-act play, “A Night at an Inn “, was produced by N. Edmondson and played by C. Whiteside, F. Hayton, T. Hughes, R. Yates, S. Goulden, E. Pye, A. Corless and J. Nicholson.
The programme concluded with a camp fire, led by the crew skipper and Rover Nicholson.
The District Commissioner, County Alderman T. W. Helme, proposed a vote of thanks to the headmaster and members of the Whewell Society for their assistance. He explained that the event was to raise funds to equip a Rover Den in course of erection at Caton.

“How The 13th Was Created

A TROOP CREATED IN A CASUAL WAY
FORMER members of the 13th Lancaster Group renewed acquaintance at a dinner at the Castle Hotel on Saturday night. The company, numbering about 50, spent an enjoyable time together re-living many happy experiences of past associations in the history of the Group, which celebrates its 25th birthday this year.

Another notable acquisition during the passage of years was the country Den, the “Mecca” of the Rovers, a kindness bestowed upon them by Comdr. and Mrs. Gaisford.”

Commander Richard Lindsay S Gaisford RN was born 1905 in Ulverston. He married Cecily Margaret Denis De Vitre. younger daughter of Colonel and Mrs. Percy T. Denis De Vitre of Gresgarth Hall, Caton 16 December 1933. The land on which the den was located must have formed part of the Gresgarth Estate.

Soldier bound over
Broke into Scout hut in Quernmore

Pleading guilty to breaking into a Boy Scout weekend training hut at Quernmore, near Lancaster, and stealing three tins of food and 10s. 6d. in cash, Jack Kenneth Foot, 19-years-old soldier, of Wingrove Road, Fleetwood, was bound over for two years at Preston Intermediate Sessions on Tuesday.
Second Lieut. N. H. Mackereth said Foot who was stationed at Bowerham Barracks, Lancaster, had joined the army in June this year, but had habitually absented himself.
In court, Foot said there was nothing that he could say.
The Deputy Chairman, Judge F Raleigh Batt said the Bench had decided to give Foot his chance to make a new life for himself.

On 3 July 2016 I went to seek out the building, which is at grid reference SD 539 626. Part of the way was nominally on a public footpath. The path from Pott Yeats is not signposted and the way through the wood south of Potts Hill is in fact blocked. I made my way around this and past Bents Barn and descended towards Hollinhead Farm. Mysteriously the public right of way ends abruptly here at a wall. Fortunately I was spotted by the local farmer doing his rounds on his quad bike. Engaging him (Geoff) in conversation he directed me towards the building, which he was aware had been used by Scouts, and he actually escorted me part of the way giving me permission to enter his land – thanks Geoff.

The structure stands on a hillside and has extensive views to the north over the Lune Valley. In fact, you can almost see where the 4th Lancasters “Apple House” was situated. (Bearing 3510  3.3 km’s). See photo below ….

The building has lost its roof, which you can see in the photos below, and cannot have been used for many years. Geoff had been at Hollinhead for 10 years he told me.